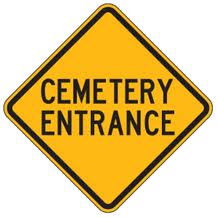 I have personally verified the existence and location of the following cemeteries in Baxter County. Each of these has a separate page with photographs and information about them:

The following cemeteries are known to currently exist in Baxter County, as established in other source materials. Although I am aware of their approximate locations, I have yet to locate and/or visit them:

The following cemeteries are known to have existed at some point in the past and are documented in books and on maps. Their approximate locations are known and have been visited, but these cemeteries can no longer be found by visual observation in their presumed locations. They may have been cleared for agricultural purposes, but that is mostly speculation on my part, although some evidence of this does exist, particularly with respect to the Old Trevina Cemetery:

The following cemeteries have been identified and referred to by name in various books and by non-specific place marks on maps in the past, but their current locations are unknown and they cannot currently be found. They may or may not still be in existence:

W. W. Adams Cemetery: It has been reported that somewhere on Baxter CR 262 off Hwy 201 South that there is a large flat limestone rock with the engraved names of “W. W. Adams and Wife of W. W. Adams” that covers their gravesites. It is said to be adjacent to an old smoke house, which may no longer be standing. I have looked for it, but have not found it.

Adams Church Cemetery: Said to have been inventoried by the Extension Homemaker’s Clubs in 1968, but no location or any other additional information was recorded (source the Baxter Bulletin article circa 2002). Information from the Baxter County Cemetery Book on the Old Trevina Cemetery indicates that there was once a church at that location called the “Adams Church”. It is possible, but unconfirmed, that the Adams Church Cemetery and the Old Trevina Cemetery are one and the same.

Buck Horn Cemetery: Article says its location is no longer known (source the Baxter Bulletin article circa 2002). Note: Buck Horn Township covers the Arkana area. This may be a clue.

Federal Army Cemetery: Mary Ann Messick states in her Baxter County History Book, circa 1973, that this cemetery is the resting place of some 14 union troops who were killed in a surprise skirmish in the autumn of 1864 and buried where they fell. She says the cemetery is located on the farm of Rex and Levi Reed between State Highway 126 and the Prairie Road, and that at one point in time it was surrounded by a low rock wall. Research indicates that the current Tucker Cemetery Road (Baxter CR 6) was also called “Prairie Road” at some point in the past. No other specific location information has ever been provided or located in other sources. This cemetery is mentioned in the Baxter Bulletin cemetery article circa 2002, (which I believe was just a re-print from a much earlier issue), but that information was taken from Ms. Messick’s book. Several persons residing in the general area have been asked about this cemetery but have been unfamiliar with it. Note: In August, 2011 I was told that the cemetery might be on the property now owned by Mr. Eugene Reed. I spoke with Mr. Reed in person. He told me that his family has always known that this cemetery is located on their property but they do not know its exact whereabouts. He told me there are portions of low rock walls on more than one area of his property, and he has also found large rocks that appear to be marking corners of a particular area. The Reeds also have an interest in someday being able to pinpoint the exact location. The property lies in the SW 1/4 of Section 11 and NW 1/4 of Section 14, Township 19N, Range 14W.

Note: 04/01/2012. I visited the site of the probable location of the Federal Army Cemetery with Mr. Eugene Reed. He took me to an area where once a low rock wall making an enclosure in a more or less rectangular form had been. He stated this was the place that Ms. Messick visited with his grandfather in 1968 when she was researching her book. This site and surrounding area became grown up with brush and briars and have now been bull dozed and cleared. There is nothing remaining except for two large tress that marked the general boundaries of one side of the cemetery location. Mr. Reed indicated the low rock wall ran between these two trees, then several yards out in front of the trees on each side, then back together again to form the low rock wall that was once there.

Green Mountain Cemetery: Said to be off McGowan Road (CR 74) at the base of the mountain in Southern Baxter County. Stalagmites are said to mark some of the graves. No other information is known. This is from personal accounts. This cemetery is not mentioned in any source or reference material.

Henderson Cemetery:There is mention of an Old Henderson Cemetery on at least one of the genealogical web sites. It is said to be “just outside of Mountain Home” and that about 5 gravesites are visible, marked only with field stones. It is said to be a family cemetery. No additional location information or specific directions are provided. This cemetery is not mentioned in the Baxter County Cemetery Book, nor in the Baxter Bulletin cemetery article or map. No other information has been found for it.

Old Conelly Cemetery:This old cemetery is said to be downstream from the Norfork Dam on Corp Project Land. It was supposedly inventoried in 1979 by Corp Park Ranger Ron Bata. At that time, it contained one marked stone with a name and dates, plus several gravesites marked only with upright field stones. Even in 1979, the cemetery was said to be covered in downed limbs and thick with undergrowth. It is mentioned in the Baxter County Cemetery book circa 1993. The grave of Fannie Ward and at least one infant was said to be located near this cemetery, on the opposite side of the county road leading to Gene’s Trout Dock. The Fannie Ward gravesite has been located and identified (see Ward Family Cemetery), however a walking tour on the opposite side of the county road failed to uncover any evidence of the Old Conelly Cemetery. The Army Corp of Engineers has thus far been unable to provide any additional useful information. In the Baxter Bulletin cemetery article circa 2002, there is one brief sentence indicating that the Old Conelly Cemetery and the Old Sales Cemetery (also in the same area) may be one and the same. The Old Sales Cemetery has been located and photographed. It is in the woods just to the West of the dump station at the Quarry River Campground. It was very overgrown and difficult to locate until cleaned up in 2011 by Baxter County Jail Inmates. It also contains one (1) marked stone, but the name and dates are somewhat different from the one reported to be at the Old Conelly Cemetery during the 1979 survey. Therefore, it is quite possible that they are not the same. NOTE: The Baxter Bulletin Cemetery Map circa 1993 shows a place mark for this cemetery on the opposite side of the White River (which would be the South bank), but this does not match the description given in the Cemetery Book. NOTE: An archaeologist with the Army Corp of Engineers in October, 2010 stated that this cemetery and the Old Sales Cemetery are one and the same, just known by different names. He stated there is only one (1) cemetery on Corp project land below the Norfork Dam. However, information posted on a genealogical web site discussion still indicates two separate cemeteries exist(ed).

Mooney Cemeteries (2): According to the Baxter County Cemetery Book, there were two cemeteries located on the Old Mooney Plantation at the junction of Rainbow Drive and Whiteville Road. The first contained remains of the Mooney slaves and people of mixed blood. The second contained members of the Mooney family. The cemeteries were said to have had no visible markings for numerous decades past.

Unknown Cemetery #64, Rainbow Drive Area: The Baxter Bulletin cemetery map circa 1993 shows a place mark for a cemetery identified only as “Rainbow Drive Area #64” that is somewhere along the Rainbow Drive -Denton Ferry Road, some distance North of the Baxter CR 7 intersection, on the right side of the roadway. No additional information of any kind is provided, and this cemetery does not appear in any other sources or materials commonly available.

Unknown Cemetery #7, Mallard Point Area:The web site www.arkansasgravestones.org has a place mark for a cemetery only identified as “Unknown #7” located in a narrow wooded area between Baxter CR 984 and Partridge Place in the Mallard Point area. There is no other information nor any other details of any kind provided. A walking tour in the winter of 2010 failed to locate any evidence of a cemetery or burial site(s) here. The cemetery is shown as a place mark on the Baxter Bulletin cemetery map circa 1993. It does not appear in any other sources or materials commonly available.

Waire Springs Cemetery:According to Mary Ann Messick’s History of Baxter County, there are two graves located at Waire Spring in North Monkey Run. One grave is for 30 year old “Old Man Waire” and the other for his dog. There is no additional information available on this.

Whitsell Cemetery:Mary Ann Messick states in her book that “Granny Whitsell” is buried in a field in the back of the Johnny Reed farm located on Bruce Creek hill after leaving Rainbow Drive. The gravesite is said to be outlined in a large square with jonquils and is visible each spring. No additional information is available.

Wlkerson Cemetery: It is reported that four or five graves from the “Dunk Alley” (Joseph Duncan Alley) family were at this little cemetery, said to be just East of the Old Baxter County Library (now the Mountain Home Police Department) on 7th Street in Mountain Home (source Baxter Bulletin cemetery article circa 2002). It has also been reported in other sources that when the library expanded many years ago, the parking lot extension covered over the gravesites and that nothing visible remains today of this cemetery.

Down from the Reed’s Grove Cemetery, along a wet weather creek, is said to be at least three graves marked by tall field stones. They are believed to be still standing, but no names are known.

On the property of the Baxter County landfill there is said to be a small area containing 3 or 4 graves, now currently surrounded by the landfill. These graves were said to have been known and left alone while trench work for the landfill was done around them.

Research is still underway on all of these "unknowns", and hopefully more information can be uncovered about them.

Per the Baxter County Cemetery Book and U. S. Army Corp of Engineers documents, the following cemeteries were re-located or combined with other existing cemeteries when the Norfork and Bull Shoals Dams were built: