The single grave Beuhler Springs Cemetery is located on Baxter CR 123, North of CR 73 (Culp Road). Take CR 123 North to the first fork in the roadway (actually an old logging trail to the left and not a bona fide road). The single grave cemetery is located in the fork of the road. The grave is that of Joseph W. Garten, a former landowner who died in 1912 and was buried on the property. The grave, covered by flat rocks, is identified with a small concrete marker with a metal plate on top with the name and dates engraved thereon. The marker was placed at the gravesite many decades after Mr. Garten was buried. It was easily missed unless you know where to look for it.

The cemetery was re-cleared of brush, briars, weeds, and general overgrowth on July 9, 2012, and a new sign was also placed to mark the location of the cemetery. 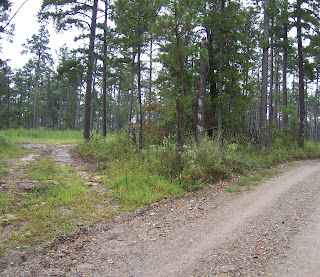 The cemetery is in the fork in the roadway shown here 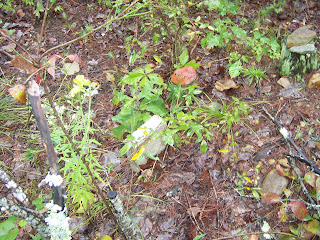 The headstone of Joseph W. Garten 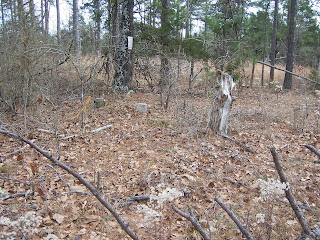 The cemetery as seen in the Fall of the year 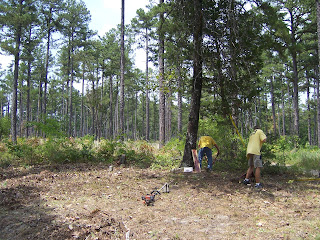 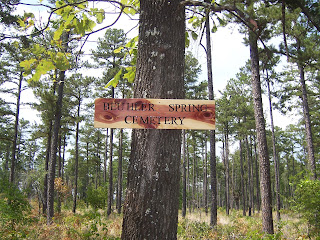 The new sign for Beuhler Spring Cemetery was
placed on July 9, 2012 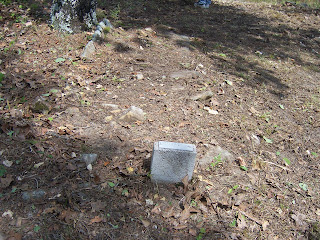 The only known grave site in the Beuhler Spring Cemetery
﻿