Mary Ann Messick writes in her "History of Baxter County" book, circa 1973, that there is a cemetery called the "Culvahouse Cemetery...located up Carson Creek from the bridge on the County road, on the Glenn Wright farm. It lies on a hilltop, just across the creek from the old houseplace." She continues by saying that there are twenty graves there with no tombstones or names, just big rocks at the head and little rocks at the foot of the graves. She states that the cemetery was started during the civil war and that she visited this old graveyard in the summer of 1968.

This land is now fenced pasture for grazing cattle. There is evidence of an old homestead here, and an old barn with a tin roof remains in this general location. There is also a tall mound of dirt that has been piled up with a wire fence enclosing it. The significance of this, if any, is not factually known. It may be enclosing the area of ground where the cemetery had been, or it may have been delineated for some other unknown reason.

If anyone has knowledge or additional information about Culvahouse Cemetery, I would appreciate an email. 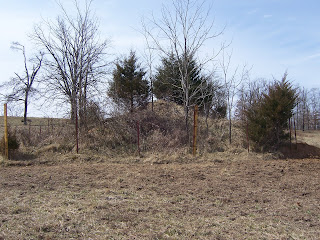 This mounded and fenced area is believed to be in
the general area of where the Culvahouse Cemetery
was said to be or have been located.  I do not know if this
is actual location or not. 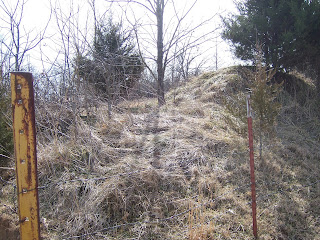 The mounded, fenced area clearly has some significance,
but I have no factual proof that this is where
Culvahouse Cemetery was located. 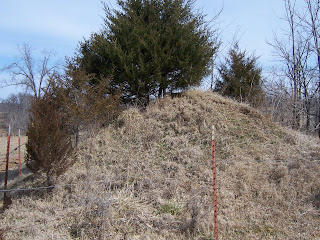 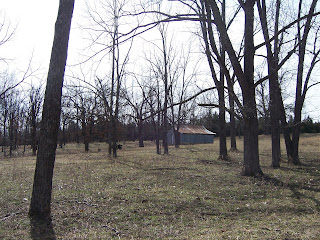 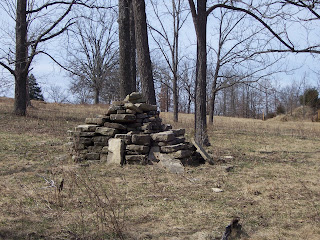 Evidence suggesting an old homesite in this area.
Note:  04/01/2012.  New information from Mr. Eugene Reed indicates this is not the location of the Culvahouse Cemetery, but that it is located some distance North of here on the opposite side of the creek.  A new expedition will be undertaken to find it.﻿
Posted by Jeff at 5:44 PM