The Martin Cemetery, which has also been called the Martin Springs Cemetery, is located just south of the Sheid Bridge over White River on Push Mountain Road near the City of Norfork. It is on the West side of the roadway and is clearly visible. The cemetery is on the site of an old school. The cemetery book tells us that the Civilian Conservation Corp (CCC) built a stone wall on both sides of the entrance driveway to the cemetery during the Roosevelt Administration. However, this is not confirmed and is somewhat disputed.  According to other sources, the rock work at the cemetery was done by Mr. Elmo Payne and Mr. Snooks Boyd sometime later.  According to the Baxter County Cemetery book, there are at least 27 known burials here by name from the Adams, Boyd, Hale, Martin, Perry, Raymond, Sturgeon, and Tate families. The cemetery dates from the mid 1800's, with most burials taking place in the early part of the 20th century. It is well maintained, and there is a cemetery sign. 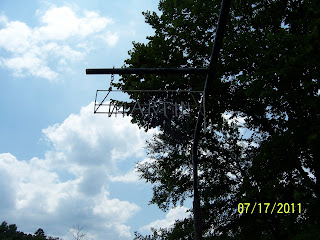 The old sign for Martin Cemetery is barely readable 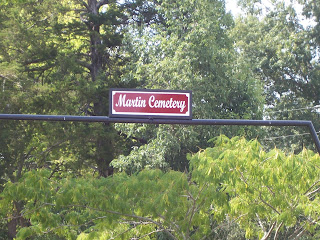 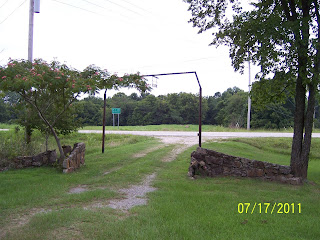 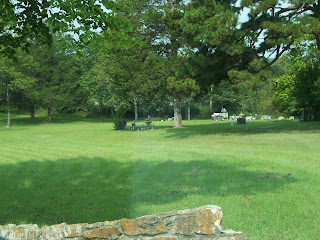 Martin Cemetery seen from the entrance 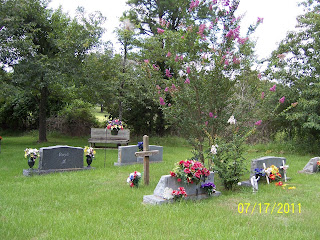 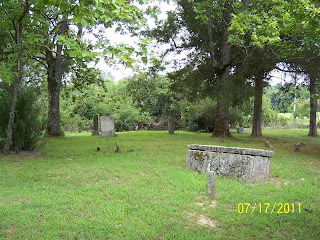 A view of the older section of the cemetery
Posted by Jeff at 12:19 PM