The Wolf Cemetery has also been known as the Chastain Cemetery, the Pleasant Run Cemetery, and the Herron Cemetery in past times. This is one of the oldest cemeteries in Northwest Arkansas. Sources indicate that the oldest original marker is the grave of Maldred Wolf dating from 1823. The Wolf and Adams families were pioneers who settled this area around 1820.  Sources also report that the cemetery contains the grave of a Revolutionary War veteran, two War of 1812 veterans, and several Civil War Conferderate veterans. The cemetery is reached by traveling South on State Highway 5 from Norfork, Arkansas to the intersection of Baxter CR 68 (Dwelle Rd.) Follow CR 68 about 3 miles to the railroad tracks. The cemetery is found just across the tracks to the right. There is no direct access by motor vehicle. You can walk down the railroad tracks a short distance to the cemetery. It is believed that additional graves may located on the opposite side of the railroad tracks that were separated from the cemetery proper when the tracks were laid. There are about 65-70 unidentified graves marked only with field stones. 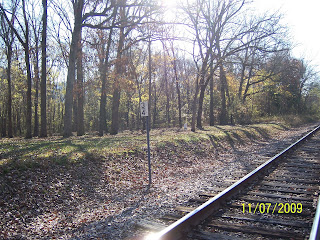 Wolf Cemetery to the left beside the
railroad tracks 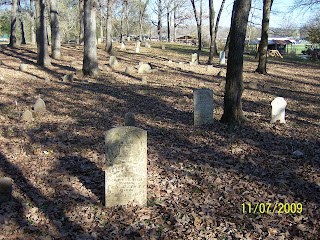 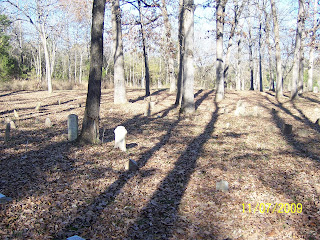 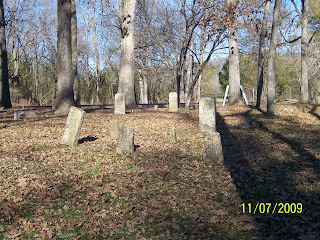 Another view of the many gravesites
at Wolf Cemetery 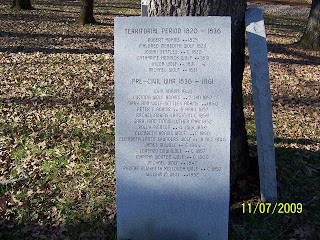 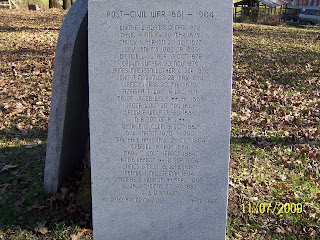 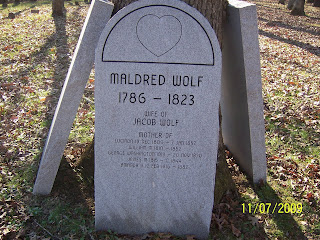 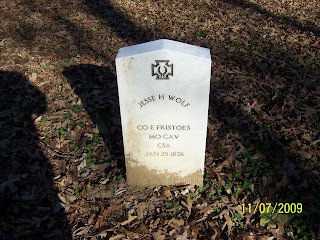