Thacker Cemetery in rural area at end of Baxter CR 479

The Thacker Cemetery is located at the East end of Baxter CR 479, which is off State Highway 201 North, several miles North of Mountain Home and North of the Pigeon Creek area of Lake Norfork. There is a cemetery sign at the intersection pointing the way to the cemetery. This is an active, well maintained cemetery. It is fenced and is divided into the "Thacker Cemetery" section and seperate section where the old Dennis and Green Briar (Greenbriar) Cemeteries were moved to. The Corp of Engineers map indicates that at least two (2) known gravesites existed in this section before the graves from those two cemeteries were relocated there.  According to the Baxter County Cemetery Book, the Thacker Cemetery was started when a pioneer family heading West stopped to camp near the area. They had a sick child who died, and the child was the first burial at the cemetery. The grave was covered with large flat rocks that can still be seen. Burials from the Green Briar and Dennis Cemeteries were moved here when the Bull Shoals Dam was built in the 1950's.  The three cemeteries are now normally referred to jointly as "Thacker Cemetery". 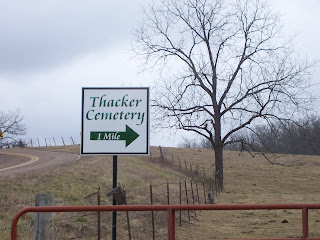 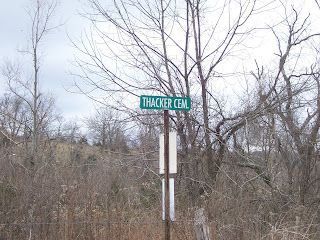 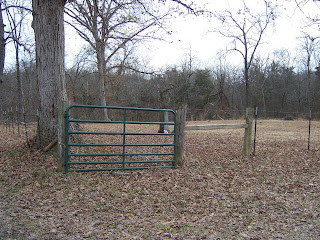 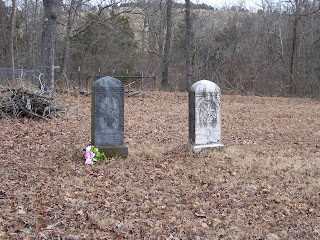 Gravestones in the older part of the cemetery 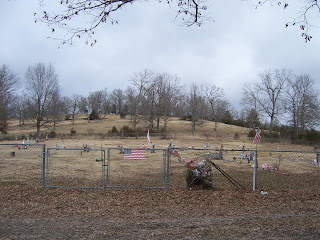 A view of the newer area of the Thacker Cemetery 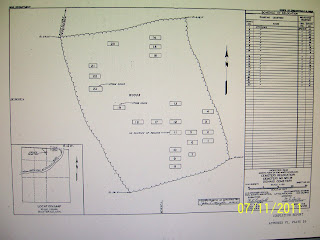 Map of the original Dennis Cemetery 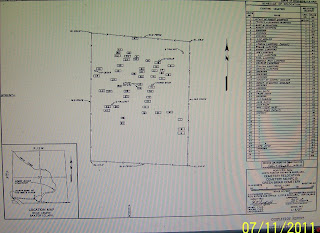 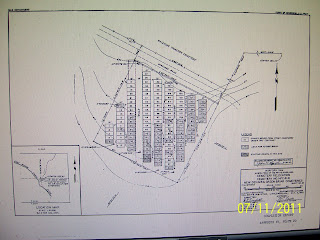 Map of the "New" Dennis and Green Briar Cemetery,
adjacent to and now generally considered to be part
of the Thacker Cemetery 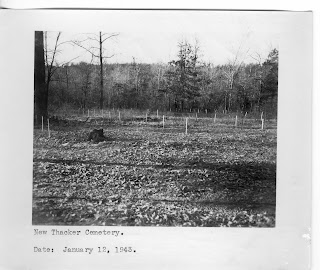 Photo of the "New" Thacker Cemetery, which
would be the re-located Dennis and Green Briar Cemeteries,
photo from Baxter Co. Library
Posted by Jeff at 1:35 PM