In a Baxter Bulletin news article concerning the cemeteries of Baxter County, circa 2002, there was very brief mention of an "Anderson Cemetery", with the only description being that it was located somewhere in a pasture in Clarkridge. I had never seen any reference to a cemetery by this name or in this location in any other known sources or reference material that was readily available to me. On August 17, 2010, Constable Gary Arwood and a member of the Clarkridge Volunteer Fire Department were able to locate the Anderson Cemetery in response to my inquiry about it. It was found in a wooded area (not today a pasture as previously described) on private property to the East of Ware Rd, which is a gated private roadway in the Clarkridge Area. The cemetery was said to be in very overgrown condition, with downed tree limbs and thick overgrowth making full access on foot very difficult. One identifiable headstone marker was found for Paul Anderson (1891-1927), as well as some other grave sites marked only with field stones. The cemetery is surrounded by a wire fence with a gate at the Southwest corner. Photographs were taken of the cemetery on September 3, 2010 with permission of and escort by Carrie DeFoor, whose grandfather and family now own the property.

UPDATE:  This overgrown cemetery was cleared and cleaned-up by Baxter County Jail Inmates on July 19, 2013 at request of Evelyn Denton, who has relatives buried here.  She plans to place replacement markers with names and dates on additional known gravesites. 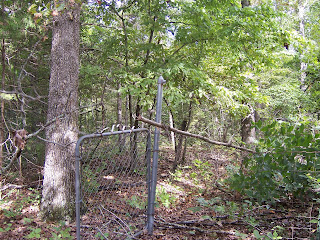 The entrance to the Anderson Cemetery 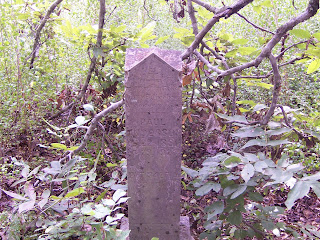 The gravestone for Paul Anderson 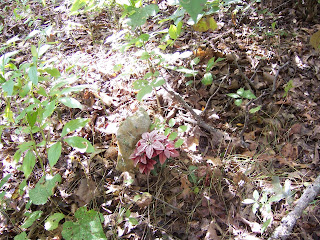 An unidentified grave marked with a field stone 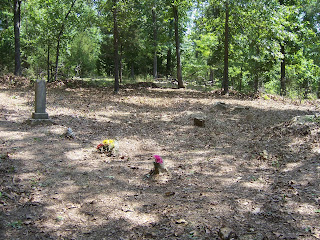