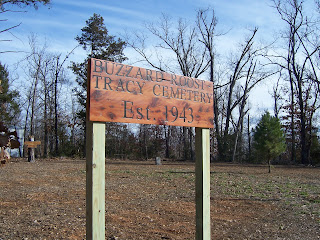 In 1943 during the construction of the Norfork Dam and prior to the filling of the Norfork Lake, the U. S. Army Corp of Engineers relocated several existing cemeteries to higher ground.  Two of these were the Buzzard Roost Cemetery and the Tracy Cemetery.  These two were combined to form the "New" Buzzard Roost-Tracy Cemetery in a different location.  Around 30 or more graves were relocated here.  Only one grave is currently identified with a permanent marker.  I learned that the Corp of Engineers contracted with a private company to exhume the graves and move them to other locations.  All of the work was done by hand.  There was no power equipment used.  The Corp paid $4.00 per grave.  This cemetery can be found on Baxter CR 139 in the Hand Cove area.  From U. S. Highway 62 East, take Baxter CR 91 (Hand Cove Road) to the South about 6 miles to the junction at the Holiday Hills Grocery.  At the junction, turn right on Baxter CR 93 and follow it about 2 miles to the intersection of Baxter CR 94.  Turn right and go a very short distance, then make a left on Baxter CR 139.  Follow Baxter CR 139 about 2 1/2 miles and the cemetery will be on the left at the intersection of CR 139 and Aleah Ct.

The first time I looked for the cemetery, I had a great deal of difficulty finding it from the vague description that was available.  The cemetery was very grown up with chest high weeds.  I eventually saw a couple of broken tombstones propped up against a tree at the cemetery boundary, and knew then I had finally found it.  In December, 2010, a county jail inmate work crew went over and cleaned up the small cemetery in just a couple of hours.  A new cemetery sign was also placed.  Since then, someone unknown to me has mowed it at least once, and the inmates have been back to mow and weed-eat as well.

NOTE:  It is interesting to note that COE records show the surname spelling of  "Tracey", with an (e), for persons disinterred from the original Tracy Cemetery. 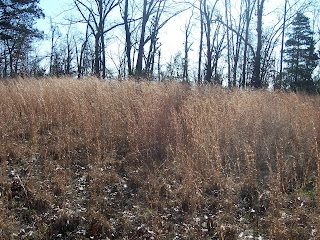 The cemetery as it appeared in December, 2009 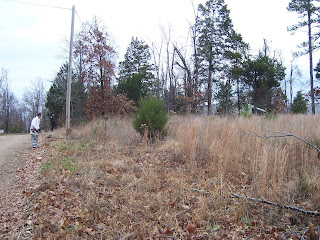 The cemetery when we arrived to clean it up 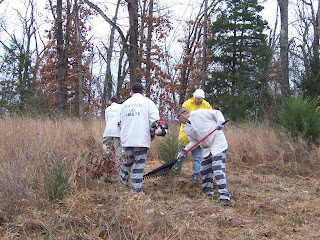 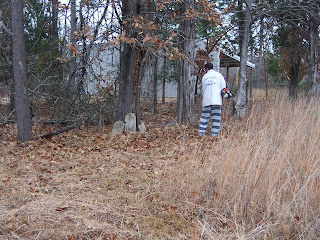 These headstones are broken and propped up
against a tree at the cemetery boundary. 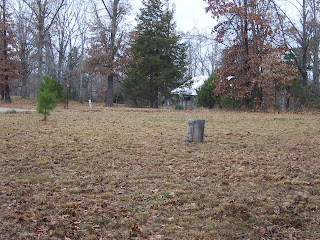 The headstone of Dora Baker, the only one remaining
in place at this cemetery 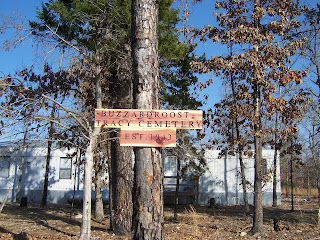 The first cemetery sign was attached to a tree. 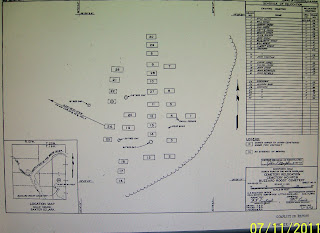 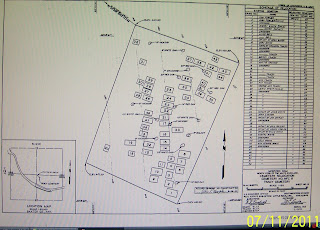 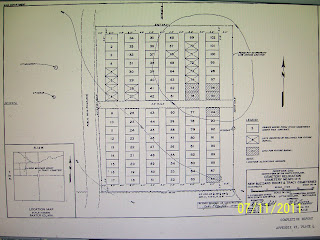 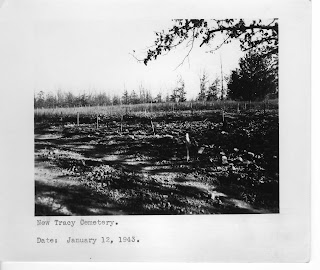