The Wake Cemetery is located at the intersection of Baxter CR 91 (Hand Cove Road) and Diamond Bay Road. This is a relatively small, active, and well maintained cemetery. The earliest known burials by name originate from the late 1800's, but it is probable that there are earlier burials here as well that are marked only with field stones. There is an old church on the grounds that is now used only for yearly meetings on decoration day, which is the first Sunday of May each year.  The church used to serve as the one room school house for the Hand community.  People gather for a pot luck lunch, decorate the graves, visit and catch up with one another.  There is a Board of Trustees that oversees the Wake Cemetery.  The church itself was in relatively poor condition, but it did receive a new roof in 2009 or 2010 and new paint inside and out in 2013.   The cemetery served the nearby community of "Hand", which ceased to exist when the Norfork Lake filled following construction of the Norfork Dam in the 1940's. The church was moved to its present location before the lake filled. 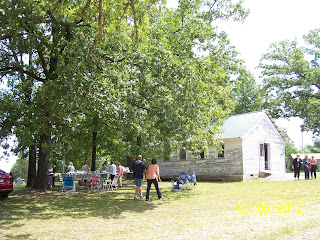 A crowd gathers for the Wake Cemetery Decoration
on May 6, 2012.

The Wake Cemetery was alternately known as the "Union Hill Cemetery" at some time in the past. Today, it is always called Wake Cemetery. 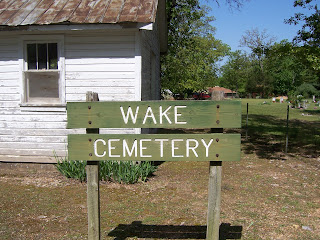 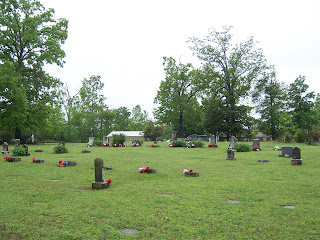 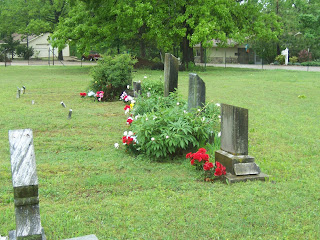 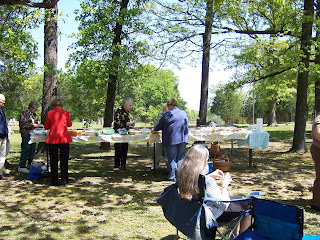 Ladies making preparations for pot luck lunch
on Decoration Day in May, 2010. 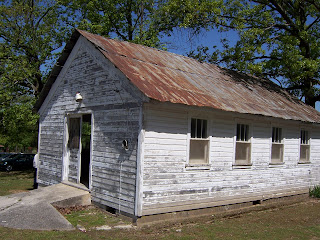 The church at Wake Cemetery, before

the new roof was put on. 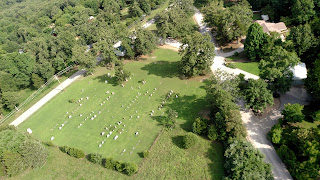 Wake Cemetery from the air
Posted by Jeff at 4:59 PM