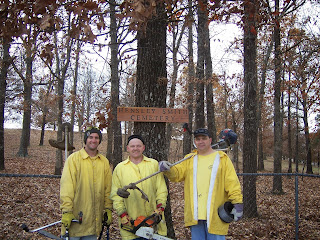 There is a very old cemetery in the Buford area that is called the Hensley Smith Cemetery.  It is found on private property that is leased by Ron Benedict on the North side of Baxter CR 57, about 1/4 mile West of Baxter CR 618.  The cemetery is at the bottom of a hill and cannot be seen from the roadway.  Access by vehicle is problematic because the gate into the pasture is kept locked.  This cemetery is very old and has been unused for many decades.

Brad Hurst related to me that sometime during the very late 1970's, he helped build a chain link fence around the perimeter of the cemetery.  Since then, the cemetery has apparently not been maintained at all.  It was completely overgrown with small trees, vines, briars, and brush.  There are about five graves identified with headstones with identification markings, and many unmarked graves.  It appeared that at least one headstone was missing.  The concrete base for the headstone marker was in place, but the headstone itself was gone and not found anywhere in the cemetery.  That may be the burial site of William A. Ridgeway, who is known to be buried here.  At some point in the past, it was recorded that his gravesite was identified with a marked headstone, but none can be found now.  There are also burials here from the Nicholson, Tate, and Arnn families that are identified.

In April, 2011, county jail inmates spent a whole day clearing brush and cleaning up this cemetery.  A new sign was made and placed at the cemetery entrance. 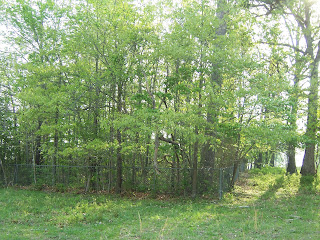 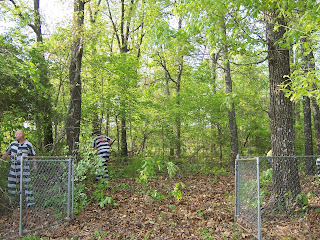 The cemetery has a double gate on the North side 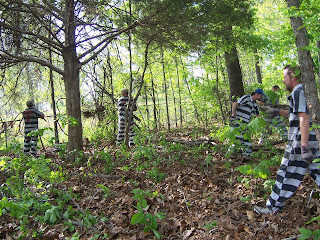 Clean up underway by jail inmates 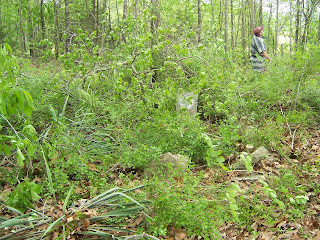 One of the overgrown gravesites 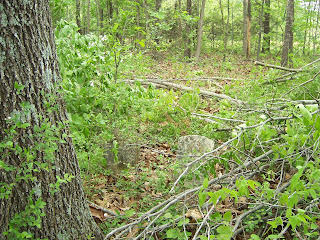 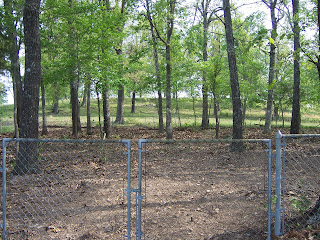 Cemetery view after clean up has been completed 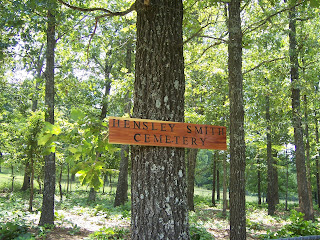