Nelson Cemetery is a family cemetery dating from the late 1800's. It is located on Baxter CR 1075 off CR 57 in the Buford area. The cemetery is on the West side of CR 1075 less than 1/4 mile from the CR 57 intersection. Within the past 10 years or so, someone (probably surviving family) erected a white vinyl fence along the East side of the cemetery facing CR 1075. There is also a sign nailed to a large tree. The cemetery had been completely abandoned with no care for several years. It has since been cleaned up by county jail inmates. There are five (5) known burials by name listed in the Baxter County Cemetery book. Only two or three gravestones remain, one standing upright and the others broken into pieces and lying on the top of a cairn. The engraving on those stones is eroded and fading away. There also are several other grave sites here marked by field stones and other cairns. 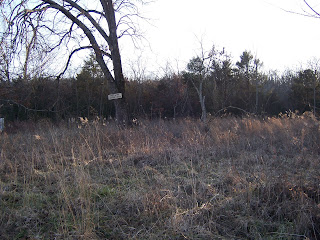 Nelson Cemetery as it appear in Winter, 2009 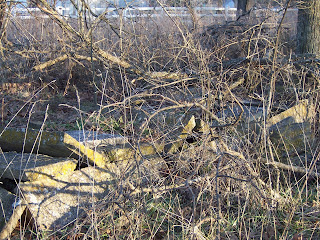 An example of the cemetery overgrowth 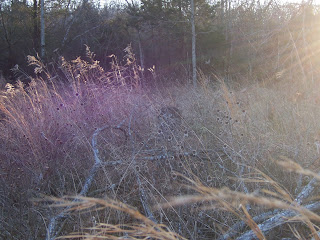 A gravestone is barely discernible through the
weeds and brush 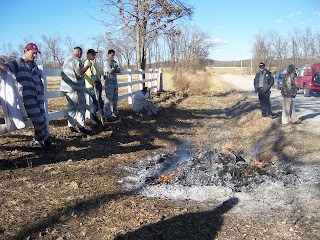 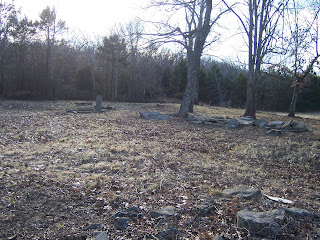 The Nelson Cemetery after clean up.  It has been
kept mowed and weed-eated since then.
Posted by Jeff at 2:57 PM